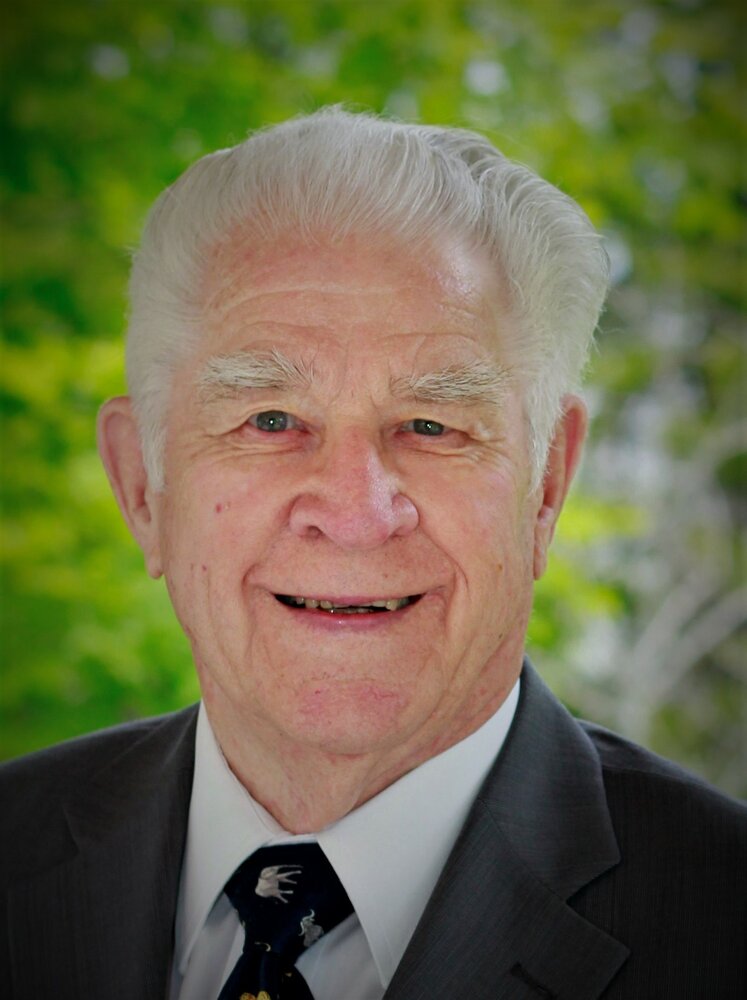 It is with sadness but appreciation for life well-lived that the family of Rev. Milton W. Bagley announce his passing at Bobby’s Hospice, Saint John on 18 August 2021. Milton, known as Happy to his friends, was born at Mark Hill, Grand Manan, NB on 19 February 1931 to the late Basil and Loleen (Wilson) Bagley. Milton was a loving husband of 68 years to Patricia (Harris) Bagley.

Milton was licensed as a minister in 1950 and then ordained in 1954 by the Reformed Baptist Alliance of Canada (now part of the Wesleyan Church). He pastored churches in Presque Isle, ME; Amherst, NS; Fredericton, NB; Woodstock, NB; Westland, MI; and Lower Brighton, NB. He also served as a missionary under Wesleyan World Missions in South Africa, Zimbabwe and Liberia.

One of the hallmarks of his ministry over the years was his commitment to pastoral visitation. Many remember him fondly for his visits when they were shut-in or in the hospital – a practice that he continued to follow long into his retirement years. He is also remembered for mentoring younger ministers, both in Canada and on the mission field in Africa.

Special thanks to the staff at Chateau de Champlain, Joan’s Home Care and Bobby’s Hospice for their kindness and care. Heartfelt thanks also to family friend, Steve Bradley.

Arrangements are under the care and direction of Brenan’s Funeral Home, 111 Paradise Row, Saint John, NB. Family visitation will be held at Brenan’s Funeral Home on Saturday, 18 September from 2 to 4 pm. The memorial service will be held at First Wesleyan Church, 399 Boars Head Road, Saint John on Sunday 19 September at 2pm. Interment will follow at Browns Flat Baptist Cemetery. For those who wish, in lieu of flowers, remembrances in Milton’s memory may be made to Kingswood University or Global Partners.

Share Your Memory of
Rev. Milton
Upload Your Memory View All Memories
Be the first to upload a memory!