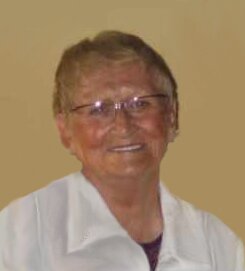 With profound sadness, the family of Joan Marie Doyle (nee McMurray) announces her death at Loch Lomond Village on September 05, 2021.

Joan attended St Vincent's High School where she excelled academically and was honoured with the Birks Gold medal for Student leadership in her final year. She went on to graduate from Saint Joseph Hospital Nursing School where she formed cherished, lifelong friendships with several of her classmates. Her career as a nurse was cut short when she married Tom and four children followed soon thereafter.  Later in life, Joan returned to the workforce. She joined the team at Hestia House where she performed the very meaningful and rewarding work of counselling women who had suffered domestic abuse.

Joan appreciated the simple things in life and instilled this same appreciation in her children. The company of family and friends, laughter, good music and long drives in the country all made her very happy.

The family wishes to thank the entire staff at Loch Lomond Village for the care and kindness they gave to Joan over the years.

Arrangements are under the care and direction of Brenan’s Funeral Home, 111 Paradise Row, Saint John, NB (506.634.7424) with Visitation on Thursday, September 09 from 2:00 pm-8:00 pm. The funeral Liturgy will be celebrated from Brenan’s Chapel on Friday, September 10 at 12 noon immediately followed by an on-site reception. Interment will take place at St. Joseph’s Cemetery. For those who wish, remembrances may be made to The Crohns and Colitis Foundation, the Canadian Cancer Society, or the Alzheimer Society.