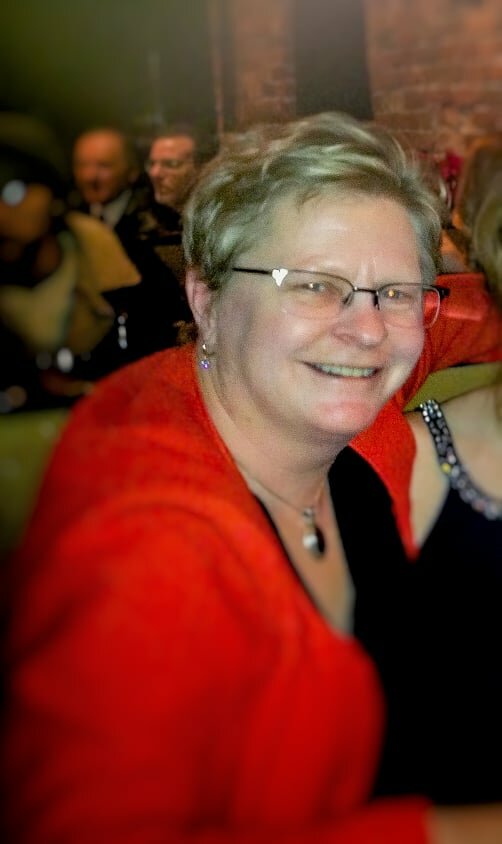 It is with great sadness that the family of Rachael M. Quinn, passionate mother and beloved wife to Patrick J. Quinn, announce her passing on Friday, September 17, 2021. Rachael passed peacefully surrounded by her husband, children, and mother after a long and brave battle with breast cancer. Born February 7, 1962, in Saint John, she was the daughter of RuthAnne (Barbour) and the late Garnet Phinney.

As a young girl Rachael spent time sailing and camping with her parents and brothers Eric (Val), Ross (Joanne), and Allan (Jacqui). In high school, Rachael met her husband Pat and together they grew unwavering love and devotion for each other. After high school she trained as a physiotherapist at the University of Toronto, eventually opening a clinic in Fairvale. Rachael retired early from her career and devoted her life to building a home and raising her four children Benjamin (Justine) of Toronto, Nicholas (Alicia) of Ottawa, Caroline (Pierre) of Saint John, and Christian (Kasey) of Fredericton. Rachael and Pat found themselves in each other, and through that , defined partnership.Together they fostered true happiness, comfort, and trust.

Rachael was highly involved in the speed skating community, first as a skater herself, and eventually as a coach throughout her children's school years. Rachael encouraged and taught many athletes including in the 2003, 2007, and 2011 Canada Games teams.  Rachael had a passion and joy for equestrian activities, she took lessons during her university years and more recently volunteered at Shining Horizons Therapeutic Riding Association. Rachael’s dedication to her family and friends was palpable and she took advantage of every occasion to gather and support each person. Rachael had an eye for natural beauty, reflected in her gardens and flowers around the home. In everything Rachael did she brought a sense of calm and compassion. She took the time to understand and relate to people. She was a problem solver by nature, and left everything she touched a little better off. The world will be a little less navigable without her.

Arrangements for Rachael’s celebration of life are under the care and direction of Brenan’s Funeral Home, 111 Paradise Row, Saint John (634-7424). Due to COVID-19 health measures placed on formal gatherings by the Government of New Brunswick, all those 12 and over attending the visitation and the Mass of Christian Burial will be required to show proof of vaccinations and a piece of government-issued ID, or proof of medical exemption. Visitation will take place on Wednesday, September 22, 2021, at Shining Horizons Therapeutic Riding Centre, 1680 Red Head Road, from 2 to 4 and 6 to 8 pm. Masks are required to enter Shining Horizons.  A Mass of Christian Burial will take place at 12 pm on Thursday, September 23, 2021, from Holy Spirit Parish-St. Matthew’s Worship Site, 45 Dollard Drive, Saint John. The family requests and strongly recommends that masks be worn. For those who wish, remembrances to Shining Horizons Therapeutic Riding Association or a breast cancer research fund at the Princess Margaret Cancer Foundation would be appreciated by the family.

Share Your Memory of
Rachael
Upload Your Memory View All Memories
Be the first to upload a memory!