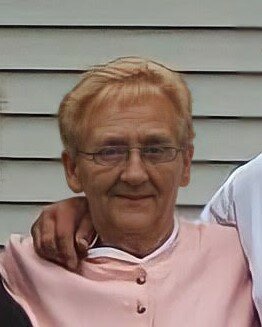 It is with heavy hearts that we announce the passing of our loving mother and grandmother, Beulah Roberta O’Leary, who passed away peacefully at her home on Monday, September 20, 2021.

Born on July 20, 1933, in Saint John, NB, Beulah was a kind-hearted and loving soul who always had a witty sense of humour. She loved spending time with her family, doing crossword puzzles, going to the beach, and feeding the squirrels and blue jays in her backyard.

In addition to her parents, Beulah was predeceased by her husband, Richard, and her daughter, Linda. She is survived by her children: Richard O’Leary, Deborah Lynch, Lee O’Leary, William O’Leary, and Angela Ackroyed (Richard), and her special canine companion, Spunky. She was a loving grandmother to her 16 grandchildren: Corey, Richard, Gina, Tasha, Josh, Lacey, Michael, Ryan, Johnathan, Tabitha, Christopher, Stephen, Misty, Mandy, Sarah, and Ashley, as well as many great and great-great grandchildren who she loved dearly.

Arrangements are entrusted to the care and direction of Brenan’s Funeral Home. Online condolences may be placed at www.BrenansFH.com. Donations in memory of Beulah may be made to a charity of the donor’s choice.

Share Your Memory of
Beulah
Upload Your Memory View All Memories
Be the first to upload a memory!