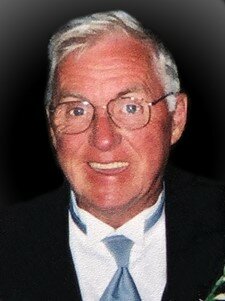 The family of Robert J. Davidson of Hatfield Point announce his passing on October 13th, 2021. Born in Saint John, NB on March 31st, 1940, he was the son of John A. and Florence (Nugent) Davidson.

Robert had a great love of cars. He was employed at the Kustom Body Shop for several years.

Retiring from Canada Post in 2000, he and his wife Betty moved to Hatfield Point.

Besides his parents, Robert is predeceased by his wife Betty, and his sister Lois (Logue).

Robert is survived by his sons Andrew (Joanne Duplessis) and Michael (Stephanie Butler), and sister-in-law Jean Main of Sussex.

Arrangements are under the care and direction of Brenan’s Funeral Home, 111 Paradise Row, Saint John, NB (634-7424). In keeping with Robert’s wishes cremation has taken place and no services will follow. For those who wish, condolences may be made by visiting www.BrenansFH.com. Donations in Robert’s memory may be made to the Canadian Cancer Society or the charity of your choice.