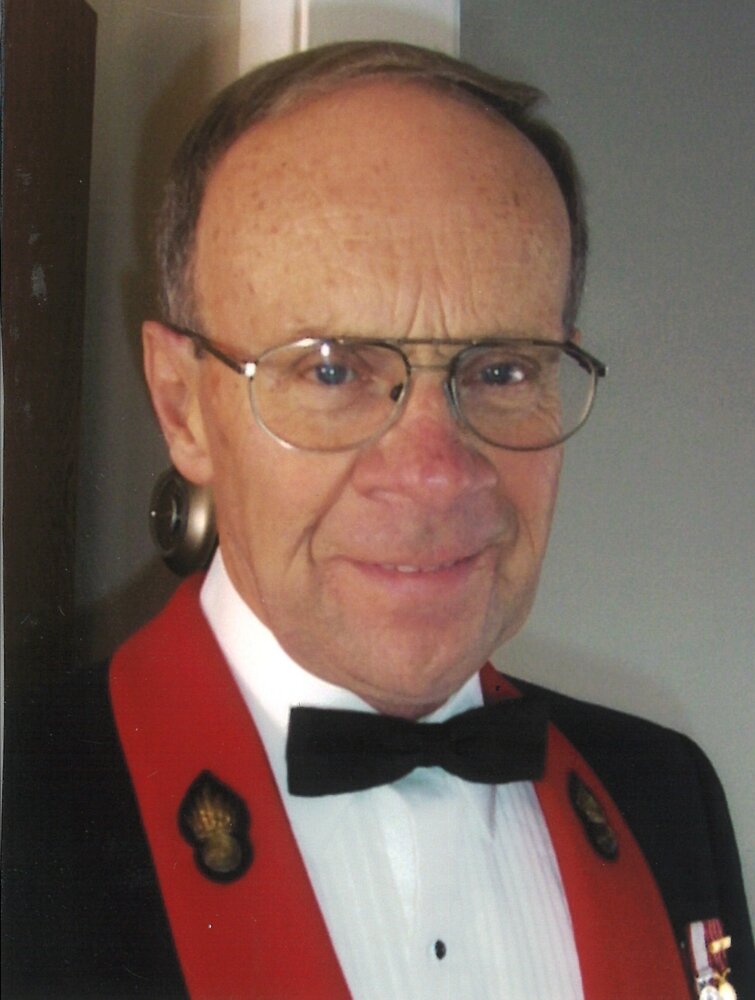 It is with great sadness that the family of Jerry Hurley announces his passing which occurred on Tuesday, November 23, 2021, at Bobby’s Hospice, following a lengthy illness. Born in Saint John, NB on January 13, 1935, he was a son of the late Fred and Isabella (Grant) Hurley.

Jerry attended St. John The Baptist School in the city’s south end and graduated from the Department of Commerce of The Former Saint John Vocational School, class of 1953. He was employed as an insurance underwriter for 32 years and subsequently as a driver-salesman for 10 years prior to retiring. A long-time local musician, Jerry joined the Rodney Sea Cadet Band before entering high school and took up the cornet with the City Cornet Band. He then joined the Vocational Cadet Band and high school band at the age of 15 and took up the trumpet. After graduating from high school, he started playing with the Harry Rigby Dance Band. He also enlisted in the reserve army as a bandsman where he spent 37 years of regular service with 15 years of volunteer service, following compulsory retirement in 1990, he rose to the rank of Master Warrant Officer and was decorated with medal distinctions of C.D. 2, C.M. Jerry also played in The St. Mary's Band in his later years.

Arrangements are under the care and direction of Brenan’s Funeral Home, 111 Paradise Row, Saint John, NB (634-7424). With visitation on Sunday, November 28, 2021, from 2:00 – 4:00 & 6:00 – 8:00 PM.  Due to Covid-19 health measures placed on indoor gatherings by the Government of New Brunswick, all those 12 and older attending the visitation or service will be required to show proof of vaccination and a piece of a government-issued ID or proof of medical exemption A graveside service will take place on Monday, November 29, 2021, at 1:00 PM, in St. Augustine’s Cemetery. Donations in memory of Jerry may be made to Bobby’s Hospice. Online condolences may be placed at www.BrenansFH.com