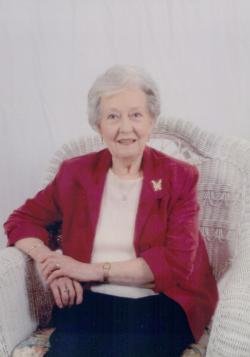 It is with appreciation for a life well-lived that the family of Jean Evelyn Webber announces her peaceful passing, which occurred on Sunday, March 4, 2018 at Shannex, Embassy Hall, Quispamsis. Born in Saint John on April 23, 1922, she was a daughter of the late John and Winnifred (Armstrong) Guild. Jean was a kind and compassionate woman who loved to tell stories about life as a nursing student during WWII. She worked at the DVA Hospital caring for soldiers returning from battle. Later she served as Head nurse in Psychiatry at both the Saint John General and Saint John Regional Hospitals. When she wasn’t improving the lives of her patients, she was enriching the lives of her children and grandchildren and volunteering for many health related charities including New Directions Inc. She was a life-long member of the former St. John & St. Stephen Presbyterian Church where she was an active volunteer. She was a board member of both the church and the nursing home, as well as a member of the Presbyterian Ladies soup group. Jean and Fred were a legendary couple who were famous for their dancing. They cut a rug whenever a big band was in town, as well as with the Thomist Dance Club, and on their twice yearly Caribbean cruises. She also enjoyed the theatre, playing bridge, and was an avid gardener. Jean enjoyed many trips with her family across Canada and Europe. Jean will be missed by her children: Robert Webber (Tracy Gorman), John Webber (Judy), David Webber (Jennifer Ruth) and Susan Webber (the late Henry Flood); her grandchildren: Andrew (Tara), Peter (Ann Marie), Timothy (Amy), Lindsay (Kirk), Kaitlyn (Pasha), Janna, Kristen, Anna, Bridget, Claire, Ilana and Kaitlyn; great grandchildren: Oliver, Charlie, Matthew, Rebecca and Emily; niece, Jane Eye; and nephew Fred Toole. In addition to her parents, Jean was predeceased by her beloved husband, Frederick Lindsay Webber who passed away in June, 2002; her great granddaughter, Calla Webber; and her siblings, Robert Guild and Dorothy Eye. The family would like to thank the staff at Shannex, Embassy Hall for their kind and compassionate care over the past few years. We would also like to thank Dr. Jim Stephenson who cared for Jean as if she were his own mother. Her kind attention to the many young interns on her floor in psychiatry, including Jim, was returned many times over in the long run. Resting at Brenan’s Funeral Home, 111 Paradise Row, Saint John, NB (634-7424) with visitation on Friday, March 9, 2018 from 4-8 pm. A Celebration of Jean’s life will be held on Saturday, March 10, 2018 at 1:00 pm from Grace Presbyterian Church, 101 Coburg Street, Saint John. Interment will take place privately at Fernhill Cemetery. For those who wish, remembrances may be made to the Canadian Mental Health Association. Online condolences may be placed at www.BrenansFH.com

Share Your Memory of
Jean
Upload Your Memory View All Memories
Be the first to upload a memory!