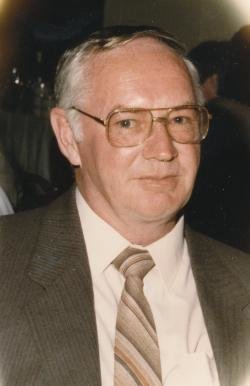 Get Directions
Wednesday
2
May

Paul R. Gale passed away peacefully on Saturday, April 28, 2018 at the Saint John Regional Hospital surrounded by his loving family. Born in Saint John on November 22, 1934 he was a son of the late Roy J. A. and Myrtle (McConomy) Gale. He was predeceased by his best friend and beloved wife of 40 years, Shirley (Manning) Gale in June of 1999. Paul will be missed by his children: John (Brenda), Gregory (Maxine) and Susan Welton (Rickey); grandchildren: Pattie (Tyler), Andrew, Jason (Jazmyn) and Melissa; great grandchildren: Samuel, Bryce, Austin, Cole and Ava; a brother, Burton; brother-in-law Allan Trott; as well as many nieces and nephews. In addition to his wife, Shirley, and his parents, Paul was predeceased by his sister, Marjorie (Gordon); his brother, Ashley; nephew, Alex Gale; and his sisters-in-law, Jackie and Jean. Paul’s mechanical mind led him to a fulfilling life and a career that spanned many years. He worked at Bowman Distribution after managing and owning several service stations and dealerships. In his retirement, Paul became affectionately known as the local "Lawnmower Man", and had a glowing reputation as a small engine repair expert. He loved spending quality time with his family, and being outdoors especially at his favourite place – the camp in Musquash. Resting at Brenan’s Funeral Home, 111 Paradise Row, Saint John, NB (634-7424) with visitation on Tuesday, May 1, 2018 from 4-8 pm. A Celebration of Paul’s life will be held on Wednesday, May 2, 2018 at 12:00 pm from Brenan’s Funeral Home Chapel. He will be laid to rest with Shirley at Cedar Hill Extension Cemetery. For those who wish, remembrances may be made to Bobby’s Hospice, SPCA or a charity of the donor’s choice. Online condolences may be placed at www.BrenansFH.com

Share Your Memory of
Paul
Upload Your Memory View All Memories
Be the first to upload a memory!