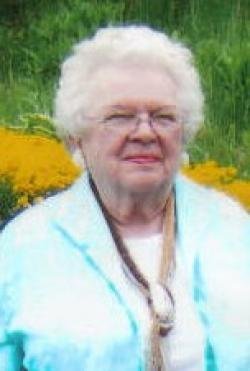 9:00 am - 12:00 am
Cathedral of the Immaculate Conception
New Brunswick, Canada

It is with heavy hearts that the family of Mary Eleanor Ryan announces her passing. Mary was 88 years of age, having resided in Saint John, NB for most of her active life. She lived at the Dr. V.A. Snow Centre in recent years. She died July 10, 2018 as a result of declining health. Big Mom as her grandchildren affectionately called her was a matriarch of a large, loving family. Mary Eleanor Ryan (nee Regan) was born in Saint John, New Brunswick where she resided in her familial home on Orange Street for most of her life. She was predeceased by her mother Pauline Regan (nee Dalton), her father Gerald Regan and her brother Dr. Gerald (Bud) Regan. Mary Eleanor Ryan was married to the love of her life, Michael Dennis Ryan, for 53 years. She greatly missed him after his passing in 2010. Mary and Michael were loving parents of seven children; Rosemary Wilson (Stephen), Nancy Ryan-Henderson (John), Eleanor Ryan, (Richard Mungall) Janice Ryan, Maureen Mason (Joe), Kathleen Grant (Colin) and Michael Ryan (Caroline McGinnis). She is also survived by her her sister Pauline (Bill) Boucher. As grandmother Big Mom treasured each grandchild as a gift from God. She is survived by fifteen grandchildren: Geoffrey Wilson (Sabrina) , Brendan Wilson (Alex Peterson), Nell and Byron Henderson, Luke Mungall, Greg Ryan and Bridget Collrin, Shannon and Sarah Mason, Nicholas, Alex and Danny Grant, Searlait, Maghnus and Mairead Ryan, and three great grandchildren Samson, Nora and Benson Wilson. She is also survived by many nieces and nephews. Mary graduated from St. Vincent’s High School as Valedictorian and studied nursing at St. Joseph’s School of Nursing, and after raising her family, she requalified and finished her nursing career at Ridgewood Veterans Wing. Life for Mom was precious and caring for her family was her pride and joy. She had great faith, and was a life-long parishioner of the Cathedral of the Immaculate Conception. She was a former member of the Catholic Women’s League, a volunteer at the Catholic Book Store and supported St. Vincent De Paul Women’s Centre. Mary Ryan was a leader who had a strong feminist voice. She shared the values of hard work, education, morality, and financial prudence with her own children and grandchildren. She fostered a love of music, sports, and community involvement. Mary Ryan will be waked on July 13, 2018 (Friday) from 4-8 p.m. at Brenan’s Funeral Home, 111 Paradise Row, Saint John, NB (506) 634-7424. A Mass of Christian Burial will be celebrated at 9 a.m. on July 14, 2018 (Saturday) at the Cathedral of the Immaculate Conception, Waterloo Street, Saint John. Interment will take place in Holy Cross Cemetery. Mary’s family are very thankful to the Dr. V.A. Snow Centre’s staff for their care and compassion during Mom’s stay, as well as Beverly Saunders for her care. Donations in remembrance of Mom may be made to St. Vincent De Paul Women’s Centre and the Dr. V.A. Snow Centre.