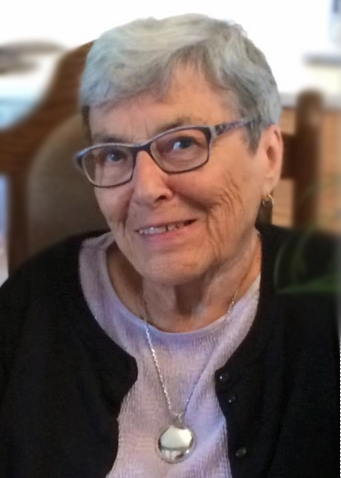 It is with heavy hearts that the family of Evelyn Mary Cameron, wife of the late Ian Cameron, announce her passing, which occurred on Sunday, May 3, 2020 at Rocmaura Nursing Home. Born December 3, 1931, she was a daughter of the late Albert and Leonora (Losier) Arseneau.

Evelyn will be missed by her daughter Susan Blanchard (Eldon); sons John and Bruce Cameron; brother Henry Arseneau (Doris Ann); grandchildren Marc (Janelle) and Michael (Serenity) Blanchard, and Andersen and Zoe Cameron; great-grandchildren Amelia, Eva, and Lydia Blanchard; brothers-in-law Bert Brideau and Donald Murphy; sisters-in-law Joan Fetterly (Tom) and Marie Hansen (Stewart); as well as many nieces, nephews, and cousins. Evelyn educated and inspired a generation of children through the daycare in her home. She was so proud of the men and women they became.

Aside from her parents and husband, Evelyn is predeceased by her sisters Carrie Brideau and Albertine Murphy; grandson William; great-grandson Louis Joseph (L.J.); sisters-in-law Patricia Kindred and Norma Cameron.

The family would like to thank the amazing staff at Rocmaura for their gentle and loving care in her final years.

Arrangements are under the care of Brenan’s Funeral Home, 111 Paradise Row, Saint John, N.B. (634-7424). A Mass of Christian Burial will be held on Saturday, November 14, 2020, from Our Lady Of Perpetual Help at 9:00 AM, with visitation starting at 8:15 AM. The Funeral Mass will be live-streamed for those who cannot attend. Donations in Evelyn’s memory may be made to the Heart & Stroke Foundation, the IWK, or the Rocmaura Foundation. Online condolences may be made at www.BrenansFH.com.

Share Your Memory of
Evelyn
Upload Your Memory View All Memories
Be the first to upload a memory!