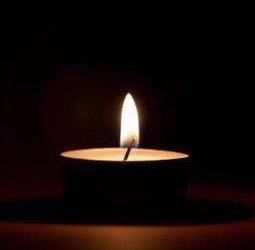 The death of Scott Firlotte of Saint John, cherished partner of Mary (Briggs) McCoy, occurred on Wednesday, May 27, 2020 at the Saint John Regional Hospital.  He was born on December 20, 1965 in Saint John.

Scott enjoyed the simple life and will always be remembered for his kind and gentle ways.  He was an avid reader and enjoyed watching television, playing on his computer and his daily coffee trips.

In addition to Mary, he is survived by his seven children, two sisters, one brother, special grandchildren, Alexander and Hudson; as well as many other grandchildren.  Scott will also be missed by his best friends, Michael and Crystal McCoy, nieces, nephews, aunts, uncles and cousins.  Besides his parents, he was predeceased by one brother.

In keeping with Scott’s wishes, there will be no visitation or service.  Arrangements are under the care and direction of Brenan’s Funeral Home, 111 Paradise Row, Saint John (634-7424).

For those who wish, remembrances may be made to a charity of the donor’s choice.

Share Your Memory of
Scott
Upload Your Memory View All Memories
Be the first to upload a memory!