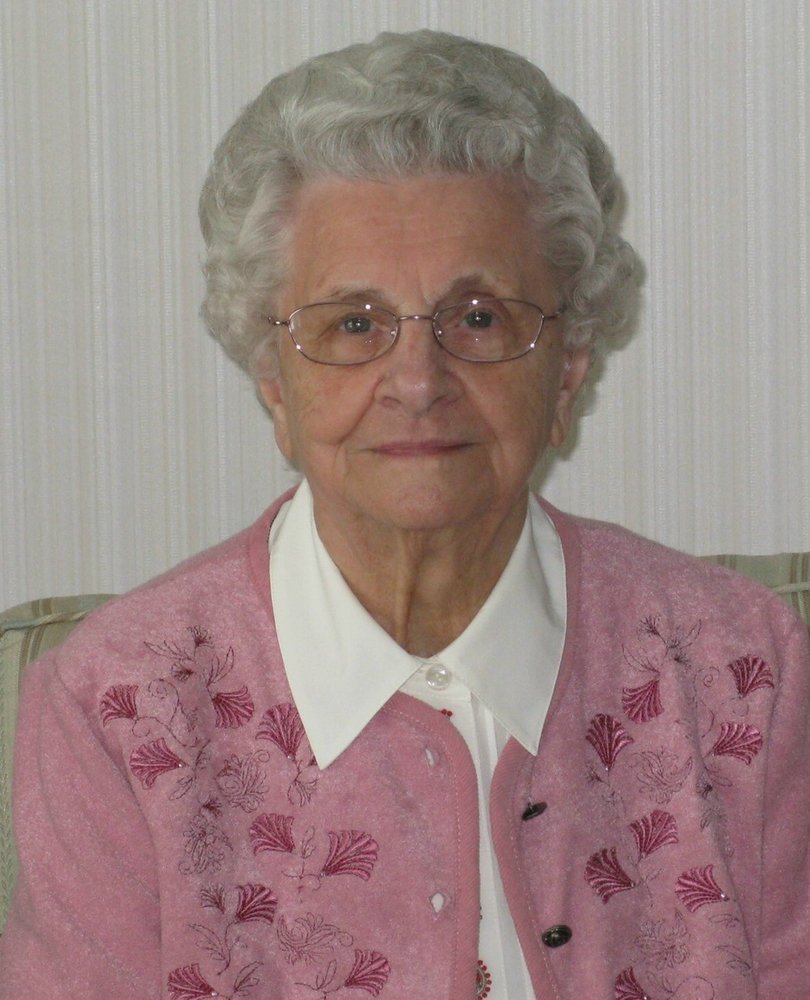 The death of Thelma Alberta Linton occurred on Monday, June 29, 2020 at Turnbull Nursing Home at the age of 99.

Thelma was born in West Saint John and was the daughter of the late Phoebe and Eben Rumson.  She is survived by her children, Robert, Elizabeth (John), Murray, Gwen and Phillip; brother, Gordon (Barbara); as well as several nieces and nephews.

Thelma was a member of the Saint John Regional Hospital Auxiliary, Lancaster Baptist Fellowship Group and Portland United Church.  She enjoyed baking, especially bread and rolls.  Thelma was an avid reader, and there were always knitting projects in the works.  Over the years, she enjoyed singing in church choirs and in various special musical presentations.  Thelma had a keen mind and a love for life.  As a young person, she enjoyed her time participating in Carleton United Church’s various activities, especially the junior and senior choirs.  Thelma married and moved to South Bay where she and her husband, Murray, raised their family but Thelma was always a “Westsider” at heart.

She was predeceased by her husband, Murray; brothers, John (Jack), Theodore, Merrill and Sam; as well as her sister, Wynne Campbell.

A special thank you to all the staff at Turnbull Nursing Home for their exceptional kindness and care that was given to Mother during her stay there.

Due to the Covid-19 restrictions, a private family graveside service will take place at Cedar Hill Extension Cemetery.  A Celebration of Thelma’s life will be held at a later date.  Arrangements are under the care and direction of Brenan’s Funeral Home, 111 Paradise Row, Saint John (634-7424).

In lieu of flowers and for those who wish, donations may be made to Bobby’s Hospice, Portland United Church or a charity of the donor’s choice.

Share Your Memory of
Thelma
Upload Your Memory View All Memories
Be the first to upload a memory!