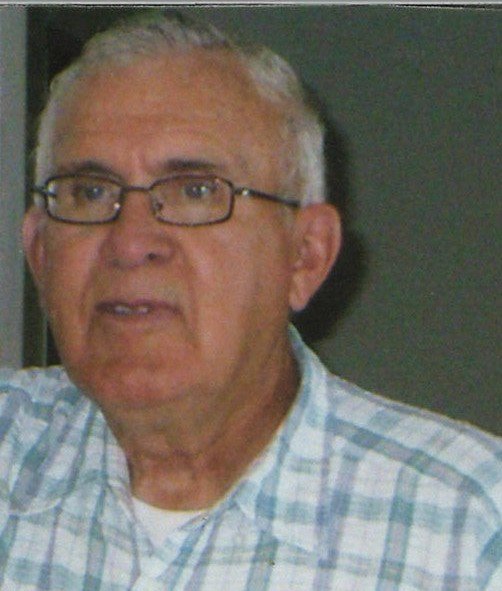 The family of James “Jim” William Crozier sadly announces his passing at the Loch Lomond Village on April 19th, 2021 after a period of declining health. Born in Saint John on January 18, 1939, he was a son of Ina (Scovil) McInerney and the late William James Crozier.

Jim worked and lived in Saint John all his life and married the love of his life Ann (Bannan) Crozier on September 22, 1973. He was a member of the Cathedral of Immaculate Conception. Jim was a people person and loved to talk, he took great pride in doing scrapbooks for friends and family, he enjoyed country music, going to concerts, antique car shows, Nascar races, taking pictures and enjoyed doing albums of his pictures. He always loved having BBQs in his backyard for family and friends.

He is survived by his mother, Ina (Scovil) McInerney; sister, Connie Friars of Sussex; brother-in-law, Pat Bannan; sister-in-law, Mona Thomas and many nieces, nephews, and cousins.

In addition to his father, he was predeceased by his loving wife Ann, who passed away in March of 2015; his brother, Carl Crozier; brother-in-law, Bernard Friars.

Resting at Brenan’s Funeral Home, 111 Paradise Row, Saint John, NB (634-7424) A Funeral Liturgy will be held on Friday, April 23, 2021, at 10:00 AM from the Brenan’s Chapel. Those unable to attend are welcome to view the service via Livestream. Interment will take place in St. Joseph’s Cemetery following the service. Donations in Jim’s name may be made to The Heart and Stroke Foundation of New Brunswick, MS Society of Canada, or The Cathedral Restoration Fund. Online condolences may be placed at www.BrenansFH.com

Share Your Memory of
Jim
Upload Your Memory View All Memories
Be the first to upload a memory!