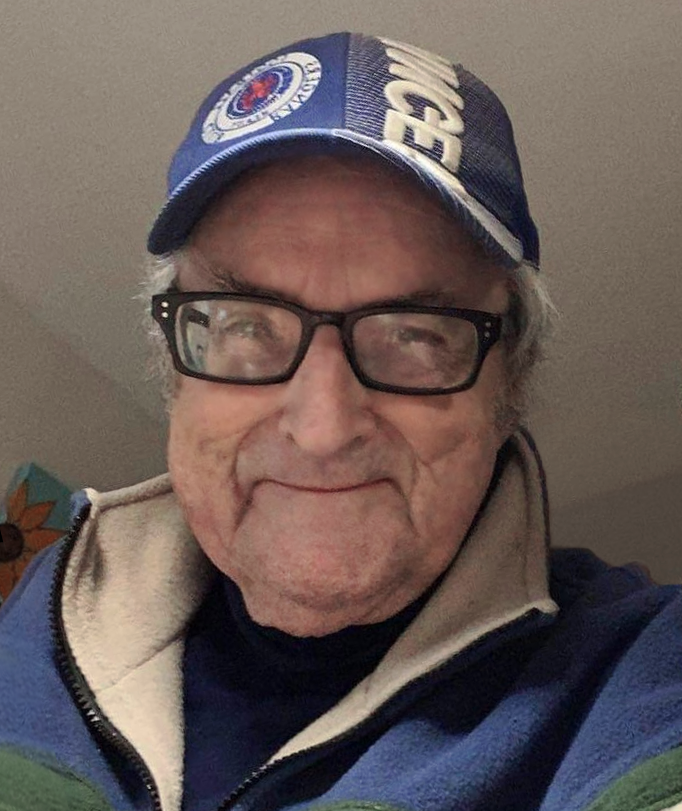 With heavy hearts, the family of John Cameron, husband of the late Donna Marie (Williams) Cameron, announce his passing at the Saint John Regional Hospital on Saturday, August 28, 2021, surrounded by his children. Born April 14, 1939, in Saltcoats, Scotland, he was the son of the late John Cameron and Elizabeth (Mills) Robertson.

John had many enjoyments after retirement, which included spending time with his beloved children and grandchildren. He loved cooking, building furniture, a good movie, watching the news, painting pictures, gardening, and puttering around the house. He had a great love for music, and in the summer months could be seen sitting out on his deck singing and getting up to dance. His singing, dancing, and love of life will be missed by all who knew him.

A special thank you to the nursing staff on 4CS, who took great care of him. A very special thank you to nurse Joanne, who would come in to see him just because. They would have a wee dance together. Dad told everyone about his dancing nurse who brought him great enjoyment. Special thanks to the staff in Palliative Care who were so caring, patient, and thoughtful. Your care and professionalism will never be forgotten.

Arrangements are under the care and direction of Brenan’s Funeral Home, 111 Paradise Row, Saint John (634-7424). Although there will be no visitation, at John’s request, relatives and friends are invited to attend the Celebration of Life, which will be held on Saturday, September 4, 2021, at 2 pm, from Brenan’s Chapel. A reception will follow at 120 Church Avenue, Saint John.  A livestream of the Celebration of Life will be available to watch by clicking on John's obituary on Brenan's Website, beginning at 2 pm. Donations in John’s memory can be made to the Heart and Stroke Foundation of Canada or a charity of the donor’s choice. Please place online condolences and remembrances at www.BrenansFH.com.